AlzeCure Pharma AB (publ) (FN STO: ALZCUR), a pharmaceutical company that develops a broad portfolio of small molecule drug candidates for diseases affecting the central nervous system, with projects in both Alzheimer’s disease and pain, today announced that the company's presentation of its research platform Alzstatin, which was presented at the scientific conference CTAD in San Francisco, is now available in its entirety on the company's website.

The abstract, titled AC-0027875, a novel gamma-secretase modulator for the treatment of Alzheimer’s disease, was presented by Dr. Johan Sandin and includes new preclinical results with AC-0027875 which show the substance's potent effects on amyloid production, indicating that compounds in the Alzstatin®-platform are promising as a preventive and disease-modifying treatment for early Alzheimer's disease.

The presentation included results with AC-0027875, a new potent small molecule gamma-secretase modulator (GSM) and part of AlzeCure's research platform Alzstatin, which exhibited potent effects on toxic Aβ42 production in cells and animals. Data showed reductions of over 50% in vivo with a rapid onset of effect and good duration. AC-0027875 also had good pharmacokinetic properties with high penetration across the blood-brain barrier resulting in high concentration of the substance in the target organ, the brain.

GSM’s represents a promising class of small molecular Aβ42-lowering anti-amyloidogenic substances for preventive or disease-modifying treatment of Alzheimer's disease. A GSM exhibits several key properties that distinguish it from antibody treatments, including that it can be taken in tablet form, easily crosses the blood-brain barrier and can be produced more cost-effectively.

“Aβ42 plays an important pathogenic role in Alzheimer's disease and accumulates in the brain many years before clear symptoms develop. A GSM such as AC-0027875 is particularly well suited for early, preventive treatment, and these new promising results show that the substance rapidly reaches the brain in relevant concentrations, greatly reducing levels of harmful Aβ42,” said Gunnar Nordvall, Project leader and Director of Medicinal Chemistry at AlzeCure Pharma.

"We see a great interest for Alzstatin in the field as it offers access to a potentially preventive, non-invasive oral therapy for patients, and these new data further strengthen the commercial opportunities for our research platform Alzstatin," said Martin Jönsson, CEO of AlzeCure Pharma.

AlzeCure® is a Swedish pharmaceutical company that develops new innovative small molecule drug therapies for the treatment of severe diseases and conditions that affect the central nervous system, such as Alzheimer’s disease and pain – indications for which currently available treatment is very limited. The company is listed on Nasdaq First North Premier Growth Market and is developing several parallel drug candidates based on three research platforms: NeuroRestore®, Alzstatin® and Painless.

NeuroRestore consists of two symptomatic drug candidates where the unique mechanism of action allows for multiple indications, including Alzheimer’s disease, as well as cognitive disorders associated with traumatic brain injury, sleep apnea and Parkinson’s disease. The Alzstatin platform focuses on developing disease-modifying and preventive drug candidates for early treatment of Alzheimer’s disease and comprises two drug projects. Painless is the company’s research platform in the field of pain and contains two projects: ACD440, which is a drug candidate in the clinical development phase for the treatment of neuropathic pain, and TrkA-NAM, which targets other types of severe pain in conditions such as arthritis. AlzeCure aims to pursue its own projects through preclinical research and development through an early clinical phase and is continually working on business development to find suitable solutions for license agreements with other pharmaceutical companies.

About Alzstatin®
AlzeCure’s disease-modifying research platform, Alzstatin, consisting of disease-modifying and preventive drug candidates, focuses on reducing the production of toxic amyloid beta (Aβ), such as Aβ42, in the brain. Aβ42 plays a key pathological role in Alzheimer’s and begins to accumulate in the brain years before clear symptoms develop. The drug candidates in the Alzstatin platform modulate the function of the enzyme gamma secretase. Gamma secretase acts like a pair of scissors and cuts Aβ42 out from a longer protein known as APP. The sticky Aβ42 clumps together giving rise to the amyloid plaque so typical of Alzheimer’s disease. The candidates in the Alzstatin platform affect enzyme function so that it instead cuts out shorter forms of the Aβ peptide, Aβ37 and Aβ38, which in addition to them not being sticky and not forming aggregates, also have a restrictive effects on Aβ42 aggregates already formed. This means the drug candidates in the Alzstatin platform have two separate but synergistic effects that together contribute to a stronger anti-amyloidogenic – and thus more potent – disease-modifying effect. This specific mechanism of action differentiates it from biological therapies, e.g. antibodies. Moreover, small molecules such as Alzstatin, have several other advantages, including easy and non-invasive administration as tablets or capsules. Small molecules will also generally pass more readily through the blood-brain barrier to reach its target, the brain. 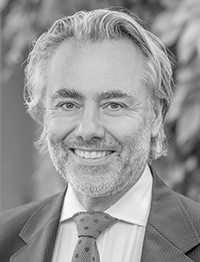